Today's guest post is from Derick Beauregard who has contributed to our blog in the past.  Derick recently accepted a job with Inbound Design Studio as a Project Manager and is excited to join the small business workforce.

At the age of 22 I crow-barred myself into the wonderful world of finance. By 24, I realized this was not the career path for me. The corporate world did not suite me. I treated the movie Office Space not as a cult comedy but as a roadmap for a successful and happy life. So it began, a nearly decade long journey filled with 8 hours of the “day job” and endless fits and starts in the off hours. I enrolled in night classes at a few different colleges, most of which were absolutely absurd in terms of practicality. I read that parachute book. I took Meyer’s Briggs tests. I endlessly pestered family and friends that found their true calling. I had ideas for start-ups. Some of which were pursued to no end (thankfully because I was about to drop a ton of money on what would have been a spectacular failure).

Finally, it clicked for me. I was up at some ridiculous hour in the morning with a baby that wouldn’t sleep. I put her in her swing to shut her... I mean soothe her. Nothing is on TV at 2am so I flipped open the old Google machine and looked into free classes offered by MIT. I found one on computer science. I watched the lecture and did the homework. I’ll keep it brief but it snowballed from there. Classes at night, classes during my commute, an endless consumption of knowledge. Then, I got a huge break. A friend that had been coaching me along gave me a little work. It wasn’t much, in fact, it required less than most of my homework assignments. But it was an opportunity to apply what I was learning in the “real world”. It went well which led to more consistent work and, months later, an offer to join her company.

The craziest part of this is the thought of making money doing something I truly enjoy. It’s been my goal for so long, but there was always a part of me that doubted the possibility, which is why I chose this topic to write about. I’ve written guest blogs in the past, usually asking for advice but now I feel compelled to give it. If you’re not happy with your work, go out and make mistakes in your free time. Waste money on classes, annoy the hell out of your friends and family, and pursue every idea you have.

Side note: My previous job was not a horrible experience; just the opposite, in fact.  I worked with and for some amazingly smart people who were 100% dedicated to their career.  Ironically, part of what helped me switch careers was this dedication.  I envied that they were pursuing their life’s work and felt like I was cheating them and myself by not doing the same.  There were also other circumstances such as lifestyle/family matters that played a huge role in my decision.  The take away from this is that you don’t have to hate your job to make a move.  I think there’s a perception that to switch careers you have to be stuck in a dead end job or have an oppressive work environment, etc.  While such factors can and should play a role in one’s decision to take some sort of a leap it should be driven more by positive influences like passion and lifestyle improvement.

For further reading, here are a few really important things I’ve learned over the past few years:

There is no shortage of inexpensive online courses out there. I feel like I could piece together an undergraduate degree for less than $3,000. The only problem is you don’t get that piece of paper telling everyone how smart you are.

The human body can function fine on 4 or 5 hours of sleep.

On a related note, 5 hour energy is legit. Sometimes it makes my heart hurt but it gets the job done.

If you have purpose it completely changes your outlook on just about everything. If Starting A Small Business Were Easy Everyone Would Do It! 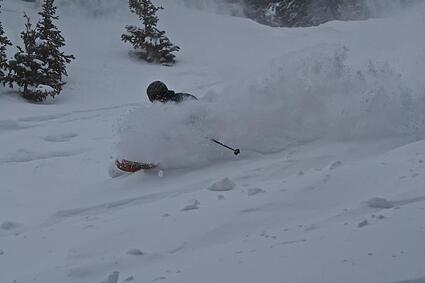 Why Did You Start Your Business Anyway?