Three Things Your Accounts Receivable Can Tell You About Sales

Rick Roberge frequently comments on this blog.  He's been a salesman for decades, but is recognized as an early adopter of tools, technology and techniques that help salespeople sell more effectively. He shares freely and has helped develop many 21st Century Sales Rock Stars. In his own words...

If you look at my profile, you may notice that I spent 20 years as a debt collector. I was already a decent salesman. So, I never yelled at debtors, I used my sales skills to ‘sell’ them on the idea of paying their debts. I found that there were three reasons that people did not pay according to terms.

1. Sometimes they had a significant event; broke their leg, lost their biggest customer or a messy divorce. When I found somebody like that, we typically tried to work with them.

2. Sometimes my client under-delivered, over-promised or the debtor didn’t understand the terms. This is clearly a sales miscommunication and all I did was finish making the sale.

Look at your historical A/R and look specifically for customers that were paying according to terms and stopped. The most effective approach is to contact these customers to find out what happened. You’ll need to assure them that this isn’t a veiled collection attempt, but that you’re looking for ways to improve your processes. Listen to their answers. Was it under-delivery or over-promising? Were they happy with their salesperson? Was there an event? Be curious, non-threatening and understanding. You need to determine what caused your customer to stop paying. They didn’t just decide, it was a choice they had to make. Create a list of all the reasons that you hear and incorporate them into your sales process as questions. Example: If several of your customers stopped paying because their biggest customer stopped paying them, start asking “How many customers do you have? Are any of them critical to you being in business. Like half of your business? How do they pay you?” You may want to check out, My Best Sales Questions.

These customers might make the first progress payment, but may hold up later payments. They’re often just trying to get someone’s attention because the salesperson isn’t satisfying them. Salespeople sometimes make promises that they know they can’t deliver because they need the sale and will worry about the fallout later. Weak salespeople may avoid confrontation with prospects, saying “no” to prospects or may trust too blindly. Consequently, they may agree to special delivery, gloss over terms or other concessions even though it will have consequences later. Their hope is that once the process has started, either their company or the customer will concede and the deal will eventually be completed. Unfortunately, weak salespeople not only cause A/R issues, but they also cause discounts to make unhappy customers happier, increased costs for customer service as well as totally lost sales and a reputation for misrepresentation. If it’s one salesperson that’s bending the rules, warn them or fire them. If it’s systemic, hire a professional sales coach to make your salespeople stronger and teach them how to represent your interests.

Crooks lie. It’s important that your salespeople be able to determine who’s lying and who’s telling the truth by asking questions, not by assuming or guessing and they may need to dig several layers deep to uncover the truth. My recommendation is to hire salespeople that are strong enough to uncover dishonesty, but if you’ve already hired them, develop a set of questions that need to be asked and answered and make sure that they are.

When the founder/owner is doing all the selling for a start-up, they have a pretty clear handle on what can be done and what can’t. They're also risking their own assets, time and reputation. The further the sales function moves away from ownership, the more likely it is to impact the A/R negatively. 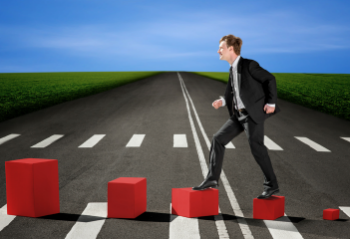 Tips for Growing Your Small Business 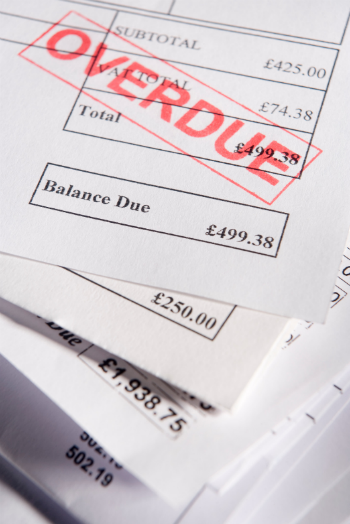 The Factoring Process: What You Need to Know About Selling Your Receivables