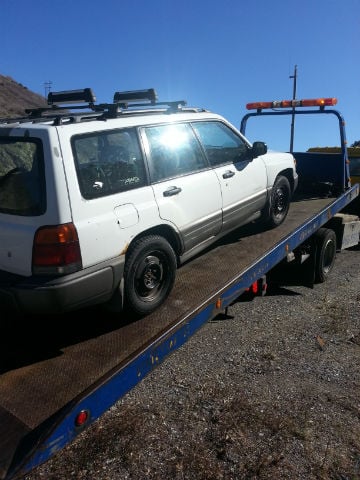 My car finally died.  My 1999 Subaru with over 180,000 miles died after I had been driving it for over 11 years.  The car didn't owe me anything.  It had seen some abuse going up and down the canyon roads and more off the beaten dirt roads in Montana than I can remember.  So after my car died I had a choice; pay for an engine repair or go car shopping.  I hate car shopping.  I think it is the feeling that you are getting ripped off even if you think you are getting a good deal.  However, I got some lessons from the car salesman I dealt with.

My mechanic bought my old car and he gave me the name of the guy I should talk to at the Subaru dealership.  I passed the information on to my wife since I was leaving on a fishing trip.  When I got home she had test drove several cars at different dealerships but had not contacted the referral we were given.  The first thing I did was pick up the phone and get a hold of him.  Having that personal introduction through a referral source is really important to me when making any important decision.  In the end he took great care of us, which I will touch on later.

The other dealerships we dealt with just wanted to know what type of deal we were looking for.  What were we expecting to pay? What could they do today to get us in the car we test drove? Here is the thing I don't want a deal, I just want value.  If they had stopped talking about price and asked better questions maybe they could have closed the deal.  Instead they asked all the wrong questions.  Questions were not value driven but only focused on price and closing a deal today.  I was turned off so we went back to the referral we were given at Subaru.

Treat Me The Way You Would Treat Your Family

Back at Subaru our referral, Lance, greeted us at the door.  Oddly enough Lance called the manager at the other dealership we were visiting to make an introduction for us to the person he wanted us to deal with.  When we got back Lance said, "Your back.  How did it go at Toyota?"  We told him the whole story and he said, "That's not right.  I hate when customers get treated like that.  You know what guys? When I bump into you a year from now I don't want you to be upset.  I don't want you have negative feelings about buying a car from me.  I want you to feel like I treated you fairly."  (Anyway it was something along those lines).  Lance really did treat us great.  He never pressured us and never talked about price until it was relevant to do so.  When I told him that we wanted to look at Toyota he called down there to a trusted person in his network and made an introduction.  That is how you do business and that is how you sell.  You always do what is best for the customer even when you are not the correct fit.  You treat your customers as if they were a family member.

In the end we bought a new Subaru from Lance.  We bought a much nicer model than we were originally looking at.  Lance did a great job and I learned a lot from him from a sales perspective.  He wasn't selling he was just genuinely trying to help out a customer that was referred to him.  He handled it perfectly, which is why he will continue to get referrals and make sales. 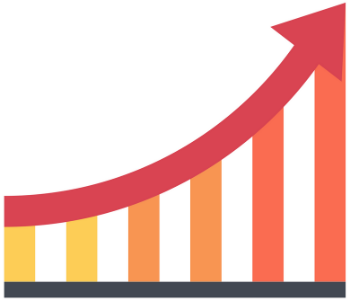 Why Sales are the Answer to Everything